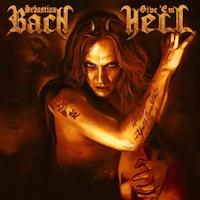 If there is just one more band that should reunite, that hasn’t already done that, it has to be Skid Row. Well, Guns N Roses really should do that as well, but never mind. The fact that Skid Row and Sebastian Bach aren’t already back together is a real mystery. When Skid Row split up there was some bad blood between the singer and the rest of the band, but that was a long time ago and since then, Baz is again on speaking terms with both Snake and Scotti Hill. Bach himself has said to be up for a reunion and neither Snake or Hill seems impossible to talk into such a thing. But bass player Rachel Bolan just won’t hear of it and as long as he can’t let go of his grudge, then no reunited Skid Row. Bach recently said that he suspects that the rest of Skid Row is allergic to money. He has a point as they would surely profit a lot from getting the band back together. The festival that wouldn’t put a reunited Skid Row up as a headliner don’ exist, believe you me. Musically as well, it seems like it’s the only reasonable thing to do. I mean, this was the band that released two classic metal albums, their self titled debut from 1989 and the superb Slave To The Grind (1991). Metal?, you ask. Yes, I say. Because Skid Row weren’t just another melodic  hard rock band, no, they  were heavily influenced not only by bands such as Kiss, but more so of Judas Priest. Anyway, both parts really need each other, if you look at the quality of their records. Skid Row are worse off than Bach, though. Their two first Bach-less albums were both catastrophes. Their latest album, United World rebellion :Chapter One from last year was really good though and it showed that were trying to go back to their early Skid Row roots and a chapter two is on its way soon. Sebastian Bach is the only thing that keeps the album from sounding like classic Skid Row. Bach has a few albums under his wing and his debut full length CD Angel Down (2007) was really good and his previous one, Kicking And Screaming from 2011 was a pretty good album – I gave it 7/10 – but there was something missing. No bad songs, but no real killers either. But since Skid Row – read Rachel Bolan – don’t seem interested in going back to Bach as their singer, then what to do for Sebastian other than to keep releasing albums and touring as a solo artist?

The album starts off great with “Hell Inside My Head”, a classic hard rock / metal track that would fit really well on a Skid Row album, but while “All My Friends Are Dead” has a really good chorus, the rest of the song feels somewhat anonymous. “Temptation” however is a really good metal half-ballad with a sticky melody line and the same goes for “Push Away”, a Steve Stevens (Billy Idol, Vince Neil) co-write, very catchy and ballad-like metal track and speaking of ballads, “Had enough” is a real ballad, one of the great ones that he used to do with Skid Row (Stevens had a hand in that one as well). Play your cards right and that song just might result in a hit. One big surprise here is the April Wine cover, the acoustic guitar based “Rock ‘n’ Roll Is A Vicious Game” (which also comes along as a semi acoustic version as a bonus track). Really groovy and catchy with a brilliant harmonica solo. Thanks for that one. Bot other than the mentioned tracks, I have a hard time finding anything worthwhile on this record. Sure, “Taking Back Tomorrow” is a good enough hard rock tune, but just like many of the songs here, it’s quite forgettable. Just like it’s predecessor, there are no bad songs on it, but it is way too uneven and I actually think the last one is a bit better.

The production is fine by me, but this is a Bob Marlette production and even though I used to like his work – Union, Alice Cooper and Black Stone Cherry all have a great sounding Marlette production – I find his work isn’t really going anywhere, everything he does has the same twist and in all honesty, it’s getting old. I would advice Bach to hire Michael Wagener, who produced Skid Row, for his next release. I would also advice him to try to find a great song writing partner. On this album, the ballads are the best songs by far (which was also the case on his last album), but this is a hard rock / metal album and it’s not really a good sign when the ballads / softies are the best songs on one of those. Marlette, Stevens and former Guns N Roses bass player Duff McKagan has writing credits here (McKagan also handles the bass), but it doesn’t seem to matter much. It might sound like I’m slagging this album off here, but I’m really not, I just want – an expect – more from a Sebastian Bach album. The guy still has his powerful voice intact, but what he needs is that nuclear bomb of an album, an album that totally shakes and kicks and beats the living daylight out of you and I’m sorry, but this is not that album. I’ll say it again. Skid Row reunion. They need each other!