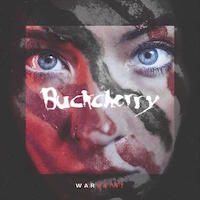 It was now four years since Buckcherry released their last record Rock N Roll, an album that didn’t exactly set the world on fire. I dug it though and I have yet to be disappointed by a Buckcherry release. I was never a big fan to begin with, I had tried to get into Buckcherry since their self-titled debut back in 1999 and none of the follow-ups Time Bomb (2001) or 15 (2005) managed to get me hooked. I discovered the band with the brilliant Black Butterfly (2008) – still my favorite Buckcherry record – and every record since has kicked my butt, so there are expectations on this record, a record I was a bit surprised that it actually showed up. Because stuff has happened in the Buckcherry camp in the last couple of years.

Back in 2017, singer Josh Todd revealed that he would put Buckcherry on hiatus for an indefinite while and since both Todd’s long-time guitarist and song-writing partner Keith Nelson left the band together with drummer Xavier Muriel because of a conflict with Todd about the band’s musical direction, it was uncertain when – and if – Buckcherry would resurface again. Todd’s reason for the hiatus was that he wanted to concentrate on his side-project Josh Todd & The Conflict, a project that sank like a stone which is, obviously, the reason why Todd resurrected Buckcherry so fast, now with Kevin Roentgen (guitar) and Francis Ruiz (drums) in place of Nelson and Muriel. The question is, will Todd be able to make a strong Buckcherry without Nelson by his side. I mean, the guy was there from hello and just as responsible for Buckcherry’s sound as Todd himself?

The opening title-track tells us that the classic Buckcherry sound is still intact. With a pumping bass, a big groove and a rhythmic swagger, this mid-paced rocker is everything that Buckcherry are about. It’s raw, sleazy and in-your-face with an AC/DC smelling, raunchy guitar riff – just the way we like it. Good one, indeed. “Right Now” is slower in pace, subdued, stripped and dark verses with some bluesier licks in the guitar department. The refrain, however, turns around and goes for a fast KO, fat and punchy, raw and robust but still with a handful of catchiness that makes the tune stick immediately – great stuff. Next up is the leading single, a cover of Nine Inch Nails’ “Head Like A Hole”, also recently covered by Dee Snider. It’s aggressive and hard but done in the sleazy and gritty Buckcherry way – more Hard Rock than industrial Metal. It’s a good song but I’m not that into NIN so I hold this version better. That said, Dee Snider’s version is my favorite. A good cover that doesn’t shake my world.

The aptly titled “Radio Song” is, of course, a ballad but instead of a big, bombastic power ballad with one foot in 1990, we get a saddened, sentimental and melancholic ballad with a somber edge. It’s beautiful and brings a lighter-in-the-air feel with an amazing refrain that has hit written all over it – so make sure it does become a radio song, guys. “The Vacuum” is dark and mellow in a slower pace. It sports a Led Zep-like riff that brings on a groove and a Classic Rock type of vibe in the direct and quite punchy chorus. However, the verses are more laid-back and almost touches ballad-territory. Great contrasts and a very good tune. Second single “Bent” is raw, gritty and beefy with a punchy outlook on a straight-forward, dirty vibe – and a bit of a surprise as a single-choice. It’s sleazy, kick-ass and very much classic Buckcherry. A brave move to choose this as a single. I like brave moves.

“Back Down” is groovy with a raw and sleazy swagger that’s made for the stage. This is 70’s influenced Classic Rock with some Motown-influenced female backing vocals that adds another dimension to the song and differs it from a lot of their other stuff. Good one. “The Alarm” is a mid-paced, fat-grooved, ballsy rocker that goes for a more early 70’s, almost punky, MC5-distorted sound. The female back-ups is present on this tune as well which brings a nice twist to this pumping and in-your-face balls-out rocker. Very good. “No Regrets” is more of a pop-rocker but with a punky attitude and some in-your-face Rock’n’Roll waved in for good measure. It’s a catchy tune that might attract fans of early 2000’s pop-punk bands but for me, this is a bagatelle.

Ballad # 2 is called “The Hunger”, a slow mover, Classic Rock style with only a slight twist of power balladry. The Country-flavor makes the tune send a nod towards Southern Rock without going all the way. It’s groundy with a feel-good atmosphere and slow-dancing friendly. With a very memorable main-melody and a catchy as hell refrain, the song could very well become a future radio-hit. Great! “Closer” is a kicking and ballsy rocker with a swing and some gritty and dirty guitars, all classic Buckcherry. It’s still melodic with some catchy melodies all over but it just never passes good. Closing track “The Devil’s In The Details” opens with a riff nicked from Ace Frehley’s “Speedin’ Back To My Baby” and is a fast-paced and rough rocker glazed with attitude and aggression. The chorus brings the tempo down some and holds a more bumpy stomp. However, the tune never sticks and even though it’s not bad, it’s only ok for me.

In many ways, “if it ain’t broken, don’t fix it” applies on Buckcherry very much even though there are moments here that differs to what we’re used to from them – with Buckcherry you know what you’re gonna get before even listening. That said, I never get bored with this band because of that, Buckcherry has their own style and they’re sticking to that – raw, attitude-driven and raunchy Hard Rock with a big groove. Although the quality here isn’t as high as on my personal favorites Black Butterfly and Confessions (2013), it’s still a stellar Hard Rock album that proves that Todd and his cohorts can manage just fine without Nelson and that’s good enough for me.