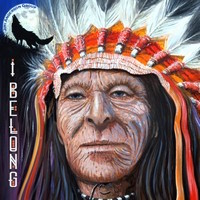 Jimi who? Not to come across as an asshole but I have never ever heard of this guy. Apparently, Jimi formed this band back in 2015 with guitarist/bassist/programmer/producer/engineer Sandy Jones and together with guitarist Greame Duffin, they released their debut album Longtime Comin’ back in 2017. Born in Scotland, Anderson sang in his first band – a cover band – back in 1978, doing stuff by Deep Purple, Rush and others and as influences he cites Paul Rodgers, David Coverdale and Ronnie James Dio. Fronting the band Sahara, playing clubs, they were picked up by Wet Wet Wet’s manager Elliott Davis when the name had changed to The Hardline, who offered them a managing contract after hearing their demo. But except for a tour opening for Wet Wet Wet (a very underrated band, btw) nothing really came out of that deal, which meant no records from The Hardline.

Anderson then took his things and moved to New York and joined the tribute band A Foreigner’s Journey (not that hard to figure out who’s songs they were playing…) where he stayed for four years. Next up was yet another tribute act called Legends Of AOR which paid homage to “great American Melodic Rock” before he met up with Sandy Jones and the formation of Jimi Anderson group started. For the new album, however, Jimi, sandy and Greame were joined by yet another lead guitarist, Dave Cuthbert, who cut some lead guitar on six tracks. To be honest, when I got the link for this album I wasn’t overly excited. I know, don’t judge a book by its cover but the cover art for this record looked really budget and since Jimi Anderson was a name I had never heard of before, my tree wan’t shaken, so to speak. But I’d be damned if I didn’t give it at least one go, so said and done…

Opening track “Brave New World” is really strong, way stronger than I had expected. Sure, this is AOR but with a heavier grit and some fine Hard Rock riffing – heavied up some, those riffs could even pass as Metal. But the song is not short of pop-vibes either. The song brings Bryan Adams to mind and the keyboard melody sends a nod to both Bon Jovi and Bruce Springsteen. It’s an upbeat tune and catchy as can be. Should have been a single yesterday – awesome! “Holdin’ On To The Night” is upbeat and rough Hard Rock fueled AOR on the slick side with an underlying heaviness. This one also contains a million-bucks refrain with hooks enough to sell. With all that hit-potential, this should be a single as well. “If All I Need Is You” is a crunchy and upbeat rocker that holds a stompy and addictive rhythm that makes the tune groove. The big AOR laden refrain screams hit and sticks from hello. A great track with more hit-potential.

With “Until Then” it’s ballad-time. It’s very pop-laden with a late 80’s sound all over. I have always been a sucker for a juicy power ballad but unfortunately, this one comes with extra added sugar, so syrupy I almost catch diabetes. It’s not for me but it would probably have worked like a charm as the last dance at the local discotheque back in 1988. Leading single “Wonderful Tokyo Nights”, however, is brilliant. A raunchy, upbeat rocker, straight-forward and bouncy, the tune brings my mind to Waking Up The Neighbours era Bryan Adams with the guitars upfront. The whole tune is hook-fueled and the mighty refrain is the icing on the cake. It’s a mystery that no radio-station has picked it up. Like a more hard-rocking Journey, “Blinded By The Moonlight” is a tough, fat and heavy AOR-rocker and is both raunchy and slick – and again with a chorus so sticky it could be used for putting up wall-paper. Very good indeed.

A darker intro starts off “Fearless Warrior (Speak With Fire)” but the tune gets in an uptempo groove and holds quite a tough beat. It’s Hard Rock influenced AOR with early Bon Jovi influences but with an underlying darkness throughout the song. There’s also native-american inspired arrangements waved in in both music and sound which makes for great dynamics. It’s catchy but not as direct as the rest of the tunes and it works more as an album track than a single which do not make the song bad at all. Quite the contrary, it’s a great tune. The title-track takes on a slow pace and is more laid-back and stripped. Based on acoustic guitars and vocals, there’s also a blanket of keyboards lying tenderly over the tune. Towards the end the tune gets a bit orchestrated without taking away any of the organic feel of the song. Good one. Bryan Adams WUTN comes to mind again in the straight-forward and energetic “I’m A Believer”. The massive refrain is more early 80’s AOR-rock, slick yet with a punchy crunch – very, very good.

“State Of Shock” kicks off with a gritty edge on the rowdy guitars and style-wise this is where Melodic Rock meets Classic dito. Complete with a horn-section – sampled, I guess – the tune brings on a swinging groove, a meaty rhythm and memorable melodies in both verses and chorus. I wouldn’t call it radio-friendly or single-oriented but it’s damn catchy and holds an intense live feel. Great stuff. The live-feel continues with the driven “I Wanna Go Round Again”, an 80’s sounding pop-rocker with a memorable main-melody and a catchy-as-hell and crowd friendly refrain with a whole bunch of hooks that etches itself to the brain. Great. The album closes with “Jamie’s Blues”. a slow Country and Blues influenced ballad with a chunk of Soul inserted. It’s stripped and down-to-earth, atmospheric and emotional with a melancholic yet somewhat smooth main-melody. Closing an album with a ballad might not be the best of ideas but in this case, it sure works.

So, while JAG might not bring anything new to the table, it’s something I find completely irrelevant when you can provide a whole album with so many strong songs, almost completely filler-free. Yes, this is AOR and Melodic Rock but it’s always refreshing these days when acts within those genres brings out the guitars and decides to rock. Because this album do rock. Guitars on the frontline – all riff-happy and crunchy, a heavy rhythm section and where Hard Rock is the base for the music. To me, this is how AOR should sound – smooth and slick yet gritty with an edge. On the downside we have the programmed drums. Programmed drums are never a good idea as it takes away the live-feel and it can get sterile at times. That said, Sandy Jones is good at what he does and I have heard far worse programmings in my life. For fans of AOR and Melodic Rock, this album is highly recommended. Me, I need to check out the debut right away.