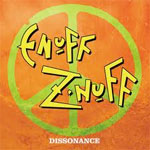 Why Enuff Z’nuff never got their big break and became huge is beyond me. When they released their first and self titled album in 1989, they were seen as some kind of a glam band, which was as much their own fault because of their very Poison influenced look. But their music was and is far from that. Their influences were The Beatles and a fair share of Cheap Trick mixed with the melodic hard rock that was so popular around that time. They certainly do have a sound of their own. They had a smaller hit with the ballad ”Fly High Michelle”, but that was the closest they came to mega stardom. Their second album Strength (1991) borders on a masterpiece and by then the more glammier side of their image had been removed. In a fair world, that album would have sold millions. But respect should be given to Donnie Vie (Guitar, lead vocals) and Chip Z’Nuff (bass) (the only original members that are left) for never throwing in the towel despite the loss of album sales and turmoil within the band time and time again. Drugs, deaths and being screwed by both managers and ex members hasn’t stopped them from keep on going and their latest album is their 10th. That’s what I call playing for the right reasons.

The quality of their albums has been a little up and down throughout the years, but they have never released a bad album. Unfortunately, this new CD is a bit on the down side. It’s not bad at all, but I know they can do so much better. The title track is a heavy stomper, heavier than what we’re used to, ”Lazy Dazy” is a great, classic Enuff Z’Nuff song and ”Roll Away” is a brilliant pop song.  A good album, no doubt, but they have made better and I believe they still can make better. I can’t find any bad songs on here, but there are a bunch of tracks here that are a bit too anonymous. It’s still pretty cool to state the facts that former Ozzy Osbourne / Badlands guitar player Jake E Lee makes his come back here on several of the album’s tracks, although not as a full time member. So where this album has to count as a “middle” album, I still would refer to it as good.  Back to the studio, guys, because I’m still waiting for the album that will knock me off my feet. You have recorded albums like that before and I know it’s in there somewhere.