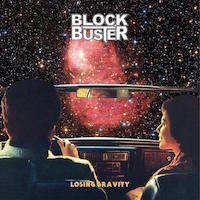 Frontiers Records has a reputation for only bringing back old 80’s bands and putting together projects with different members from different bands. Sure, they do that and it’s a good thing. But what’s seldom mentioned is that they’re also working hard to find new talent to make sure the future of Rock is secured. Melodic Rock, Hard Rock, Prog Metal, Power Metal, Heavy Metal, AOR – anything the find qualitative bands. They should really earn some respect for that, I think. One new band that’s signed to Frontiers is Block Buster from Kuopio, Finland. Formed by brothers Aarni and Jaakko Metsäpelto while they were still in junior high, Block Buster spent their teenage years developing their sound and identity. Too young to play clubs, the band played local school parties to their 16-17 year old friends, the band got the chance to to open for Bon Jovi at Helsinki Olympic Stadium.

Since then, Block Buster has opened for as different acts such as Anthrax and Ghost, played different festivals and in 2015, they released their debut album Ain’t On The Chain, a self-released effort that got them signed to Frontiers. To describe their music, this is what the press-release told me: “Mainly influenced by rock music from the 70’s and the 80’s, the boys’ list of influences includes many of the classic acts of those eras. The best way of describing their music would be something like this: take AC/DC and Motörhead, spice it up with some Extreme and Bon Jovi, the rougher side of The Rolling Stones, throw in some hunger and energy of the rock-torch carriers of the newer generation such as Airbourne and The Darkness, add a good dose of modern vibe to the mix, put it in a giant blender and you will have the band’s mind-blowing debut Losing Gravity!” While it’s not really their debut, all that sounded very interesting to me.

Straight-forward with a classic Hard Rock outlook, the uptempo second single “Out In The City” opens the album and it stands clear that these guys like to rock things up. However, I admitting being somewhat confused about their said influences as I really don’t spot those bands in this song. It’s an ok tune but I’m not sure why it was picked as a single as I find it underwhelming in the catchiness department. Latest single “Gone By The Morning” comes with a groovy swing and a raunchy beat that sure brings AC/DC to mind. Or maybe Airbourne? But there are also shades of melodic Hard Rock in here – and a twist that makes me think of Cavo. It’s a riff-happy number with a good enough refrain.

“Flammable” is fast, tough and ballsy, in-yer-face Hard Rock with a good punch to go with it. When the refrain comes, the tune slows down but never loses the groove. The refrain is quite catchy but it doesn’t lift the song enough. It’a a pretty good track, though. Mixing early 80’s melodic Hard Rock with 70’s Classic Rock, the heavy and fat-riffing “Back From The Shadows” brings on some Led Zep style riffs, a fat groove with a rhythmic stomp and a striking refrain that takes no prisoners – very effective. A great tune and the best one so far. The title-track is mid-paced with acoustic guitars at the bottom, a tune that borders to a ballad but with a groove. The main-melody is right on the spot and the refrain is catchy enough to put the song in the air-waves if ever a single. Yes, I do like this.

“Sweet Mary Jane” is a sleazy and crunchy rocker that holds a solid rock-groove and a big live-feel where the refrain hits where it should. Very good. More sleazy vibes comes with “Somebody To Shock Me”, a fat and rough stomper that accelerates with crunchy sound, made for the stage. Some of the melodies and the refrain, on the other hand, brings on a slight Bon Jovi outlook. Oh yeah, good one. “Walking Like A Dog” sends some crunchy guitars our way. We also get a beefy drum-beat, a rhythmic groove and a 70’s edge with a modern touch. On top, there’s a juicy refrain that lingers on for a long time after the tune is finished – very good. The crispy riffed Classic Rock track and leading single “Move” brings on a huge, swinging groove that makes me wanna crack open a cold one – this tune would get any festival crowd going bananas. The vibrant party-vibe is constant throughout the song and the refrain hits like an open-ice tackle in an NHL-final. This is brilliant and the album’s finest moment.

“Would You Do It Again” comes with darker verses, stripped and laid-back yet with an edge. When the refrain comes along – and what a refrain it is – the tune gets more upbeat and holds a rowdy groove and shitloads of hooks that makes for an orgy in catchiness. It’s a darker laden and somewhat melancholic number no matter what the pace is, but it still brings on a positive vibe musically. This, my friends, is awesome! As a closer we get “Bulletproof”, an uptempo kick-ass groover that brings on attitude and punch and an effective refrain with some “whoa whoa whoa” chanting. I know it’s been done a million times before but it totally works here – which also means that they say goodbye for now with a party mood. Very good.

While Block Buster never tries to revolutionize music and this stuff has been done before, the guys do sport their own identity. The issue I have with this record is that’s a bit uneven – no bad songs per se but a few fillers too many. On the good side, there are good songs on the album and those songs are damn good. It’s also refreshing with a melodic Hard Rock band that don’t follow the footsteps of the ordinary Scandinavian AOR/Melodic Rock track. Block Buster’s sound is rougher and more guitar-driven, leaving the keyboards as a back-up instrument. There’s potential here without a doubt. The guys are all excellent performers, the sound is a bit polished but still raunchy enough and the songs are energetic and it’s easy to hear the guys’ passion for Rock. It’s a good album that shows that with a little more experience and a little more skilled song-writing, there’s a bright future ahead for these young fins.