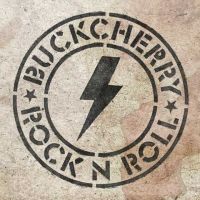 Isn’t it weird how some bands make it huge and some don’t? I mean, it’s not really weird as there is only so much room for so many multi-million selling bands. What I mean is that there is so much talent out there and there are so many bands full of great players that write brilliant songs. Some bands never make it to the first division, they are always close but one step behind no matter how many killer records they release. Buckcherry are one of those. Every time they release a new record, I always think, maybe this is the one, but it never is. So why did Mötley Crüe and Guns N’ Roses make it big, but not Buckcherry? It’s not because they are less talented and write bad songs, that’s for sure. Maybe, Buckcherry came along a bit too late. The band formed back in 1995, in the middle of Grunge’s hey-day and released their first, self-titled album in 1999, just when Grunge started to fade out and the horrible nu-metal reared its ugly head. Not the best of times to release a record of fine Sleaze and Classic Rock. But even though they had a hit with “Lit Up” and shipping Gold in the States, the follow-up Time Bomb (2001) couldn’t help them climbing the ladder of success. That led to the band dissolving in 2002 only to resurface in 2005 with a new line-up, leaving only singer Josh Todd and guitarist Keith Nelson as original members. They had a big hit with “Crazy Bitch” and the album, called 15, released in 2006 is their best-selling album to date. It has now gone platinum in the States, selling 1 000 000 copies. Not bad in an age when most people are using Pirate Bay, YouTube or Spotify for music purchase. Since then, Buckcherry has been releasing records in an ever flowing stream, one better than the other – Black Butterfly (2008), All Night Long (2010, reviewed here) and their concept album Confessions (2013, reviewed here). They also released The Fuck E.P. last year, a mini-album I totally missed out on – I had no idea it was even released until I started writing this review. Apparently, the E.P. only contain songs with the word “fuck” in the song titles. How childish, how wonderful! But the fact that Buckcherry has never released an album worse than “good” makes it even more puzzling that they, after seven records including the new one, still hasn’t climbed up to the first division. Judging by the quality of their records, this band should be huge. That means that I always look forward to a new Buckcherry (a pretty funny spoonerism for Chuck Berry…), but it also makes for expectations risen high.

When you release an album called just Rock N Roll and ship it with a stripped cover like the one you can see above, that doesn’t come without expectations. If you do that, fans has the right to crave just that, Rock ‘n’ Roll – without any mambo jumbo, straight, mean and dirty rock that kick ass – and then some. Well, Buckcherry happen to be very good at doing just that, but the title says you really can’t afford to fail. Do that and no one will take you serious again. Tough, but true. Opener “Bring It On Back” blows every little doubt far, far away. It’s a kick ass raunchy hard rocker with a killer groove that has the feel of late 80’s Hard Rock / Sleaze, but with a up-to-date sound. “Tight Pants” might have a lyric so full of testosterone and teenage boy lust clichés that it almost make you cringe, but Josh Todd has a way of putting things that make a lyric like that the most natural thing in the world. The song itself is a perfect mix of Rhythm & Blues Hard Rock with a big chunk of 1920’s swing and a heavy horn section that lifts the song miles high – this one goes into my party mix on the spot! And if “Wish To Carry On” doesn’t make you get up and go, you’re a hopeless case. It’s a rough rocker with a refrain so melodic it should be a hit everywhere. They even manage to put in a na-na-na-na ending in the song and make it sound convincing – I love it! “The Feeling Never Dies” is a ballad, very soulful, very heartfelt, but also very powerful. It has a 60’s vibe, but it is very much a Hard Rock ballad – and it is a killer! “Cradle” is a raunchy rocker, a headbanger and it has some really cool guitar melodies that sounds like Led Zeppelin gone Sleaze – what’s not to love about that? “The Madness” is a total Sleaze rocker that belong in 1988 – for fans of Guns N’ Roses and Faster Pussycat and the rest of the lot – but all the melodies are very much Buckcherry! “Wood” – yes, it’s exactly about what you think it’s about, unless you think about the forest – is a melodic sleaze bag full of dirt both in sound and in the lyrics and has a massive groove and striking melody. “Rain’s Falling” is the album’s sore thumb – in a good way. This bluesy and jazzy ballad would fit perfect in a small, sweaty and smoky jazz club and glass of cheap Scotch in your hand – I wish I was there! I have only one word for “Sex Appeal” – Aerosmith! ‘Nuff Said! They leave us with “Get With It”, a brilliant, sleazy, but still very melodic rocker. It’s crazy catchy and a great groove and an addictive beat – Hell Yeah!

The first question is – because you have already read about how great the songs are – does the music do justice to this album’s title? I would say that it does, yes. I mean, this is not a Robert Johnson album and this is not four guys in a garage recording stuff on a tape recorder from 1970-cold, so if that’s the rock ‘n’ roll you want, then look elsewhere. But yeah, I would definitively say that this music goes under the banner of Rock And Roll! Everyone who knows this band and every Buckcherry fan out there kind of know what to expect of this band – this record is not a big change style-wise, Buckcherry has always played Rock ‘n’ Roll, made from the crotch, down and dirty and sleazy, but always with a huge amount of melodies and catchiness – and of course, strong songs. On this album, there are a whole bunch of them with big air play skills and the quality here is sky-high. The production is also raw and dirty, but at the same time it has its slick moments, especially in the ballads. I know that opinions of which albums are the band’s best efforts differ some in the Buckcherry fan-camp, but this album must be one of their best to date – if not THE best. The more I hear it, the more I’m convinced that that is the case. This is Buckcherry’s finest record to date.