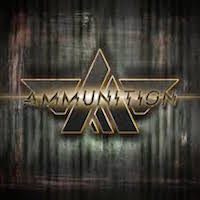 As a fan of Norwegian glam rock act Wig Wam, I found it sad that they decided to call it a day back in 2014 but as I realist, I kinda knew that they had taken the band as far as they could. And I can fully understand that people had a hard time taking them seriously. With an image so glam they made Poison look grunge and with names like Teeny, Sporty, Flash and Glam, the parody wasn’t that far away. But the fact is, the band wrote some awesome tunes and they were all stellar musicians and song writers so without their outrageous image, I think the band could have gone much further than they did. But the main members, guitarist Trond Holter and singer Åge-Sten Nilsen, didn’t lick their wounds for very long. Holter recorded the brilliant Dracula hard rock musical with Jorn Lande and Nilsen quickly formed his own band that included Erik Mårtensson (Eclipse, W.E.T., Nordic Union) on guitar, Hal Patino (King Diamond, Pretty Maids) on bass, Robban Bäck (Sabaton, Eclipse) on drums, Lasse Finbråten (Circus Maximus) on keyboards and Jon Pettersen on lead guitar.

They quickly wrote and recorded their debut album, Shanghaied, released in 2015, under the name Åge-Sten Nilsen’s Ammunition and toured with that for quite a while. In my review for that album I wrote that I thought they should drop the “Åge-Sten Nilsen’s” from the name and that has been done now – a good move that makes this band come across like a real band more than a solo project with a band-name. Also, stuff has happened within the band since then. Patino and Bäck have jumped the ship and been replaced by Victor Borge (TNT) and Magnus Ulfstedt (Eclipse, W.E.T., Nordic Union). The debut album is a record I have listened to frequently since it was released and I really think it’s a great record – which means that I have some really great expectations for this album. Expectations that doesn’t exactly lowers when you think of just how brilliant song writers both Mårtensson and Nilsen are. The question is, will they be able to make a record equally as good – or maybe even top it?

And we’re certainly off on a good start. Opener “Time” follows the sound of the last album, an upbeat, positive and rocking melodic rock track with a memorable melody throughout the song and a striking chorus that hits right away – just what I had hoped for. And it gets even better with first single “Freedom Finder”, a slamming arena rocker with a big groove. It’s an even mix of Wig Wam and Eclipse but the verses also reminds me of Billy Squier’s old smash “The Stroke”. In my world, this is a smash hit – fan-bloody-tastic! “Virtual Reality Boy” is an upbeat, big pop song with a huge hit-feel. Mårtensson’s song writing shines through here and Eclipse comes to mind – which means that we have a monster on our hands when it comes to catchiness. So awesome! “Gung Ho (I Told You So)” a short, ballsy, hard-hitting melodic rocker that kicks some major butt and gets in your face without any pardon – and the hit potential here is endless. Another killer.

With  the laid-back and slower “Eye For An Eye” they get into a bit of ballad mood. The tune lies on the darker side in the arrangement but with a Celtic influence and a main melody that is somewhat reminiscent of H.E.A.T. it do sport a hit feel. It’s a memorable and very good tune. “Tear Your City Down” is a downright time-machine back to 1991. It is meaty and groovy with a fat punch and an immediate chorus that hits right where it should. Should go down well live as well. “Caveman” hits a bit harder than the rest with its metal influenced riffing that holds up the melodic rock sound and melodies. The refrain tears things up with an in-your-face catchiness that sticks right from the off – great stuff. “Wrecking Crew”, the song that gave them the second spot in the Norwegian Eurovision Contest, is the first taster of the album and I’m surprised this didn’t turn out a huge hit. It sports a big, fat groove, a raunchy sound and kicking guitars that rocks things up. It also holds an Irish vibe that brings Thin Lizzy to mind and a brilliantly catchy chorus. Fantastic!

“Miss Summertime” have a title that gives the tune’s sound away – yes, it is a summer song without a doubt. It is slower, on the balladry side and based on acoustic guitars but it still holds a great swing and memorable melodies both in verses and refrain. A very catchy pop song that could gain some airplay even on commercial radio with a little luck. Love it! “Bad Bones” is another track that could have fitted both Wig Wam and Eclipse. A very distinct melodic rocker that comes out with a big crunch and a steady beat and a bad-ass refrain that could move mountains, impossible to counter yourself from. They close the album with “Klondike”, a raunchy rocker that’s a bit funky with a punch! It sports a somewhat 70’s vibe with an almost gospel-like arrangement in the melodies – and the chorus is so catchy it’s ridiculous. A winner, a hit and a perfect way to close a great album with.

Yes, the Ammo dudes have done it again. It’s pretty much a sister album to the debut but it is too early to tell if I like this better than the debut but this one feels more dynamic and more like a band effort. And it’s both edgier and heavier production wise. The fact that these guys are rockers and not pop guys pretty much shows and it is hard rock that builds a ground for the melodic rock tunes to stand upon – exactly the way I love my melodic rock. Where many AOR and melodic productions feels compressed and flat, this one breathes and brings out some attack and bite. Add the fact that all the guys are killer musicians and there are no songs that even comes close to being bad, this album is a winner and not to be missed by fans of melodic hard rock. With a bit of luck, good timing and promotion, Ammunition have every chance in the world to be a real big act in the future. Highly recommended!