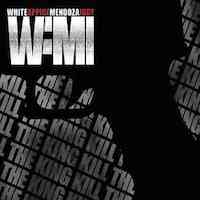 I haven’t even stopped writing the review for one supergroup when the next one appears. But I really don’t know if all these bands are correctly called supergroups because in many of the cases, the bands aren’t really bands at all, they’re merely just projects. Just like the George Lynch / dUg Pinnick / Ray Luzier project KXM, WAMI are just a bunch of musicians that got together and recorded som music, whereas other projects like The Winery Dogs or Flying Colors are real bands that actually lives and tours – and it’s not just the odd gig either, I mean real touring. WAMI is a project put together by singer Doogie White (Michael Schenker, Yngwie Malmsteen, Rainbow, Tank), drummer Vinny Appice (Black Sabbath, Dio, Heaven & Hell), bass player Marco Mendoza (Dead Daisies, Black Star Riders, Thin Lizzy, Whitensake) and young Polish guitar wonder, 16- year old Iggy Gwadera. Even though you have all those classic names in the band, I get the feeling that young Iggy is this group’s main character and that this whole project is built around him and the purpose with this album is to make a name out of Gwadera. Nothing wrong with that, if that’s what this whole project is about. But no matter what the reason for any project might be, the most important thing is always to make sure you have the proper songs written  – and in this day and age, you better make sure that you have a bunch of damn good songs to go with it, if you wanna be able to sell any amount of records / downloads at all. At first, my instincts says that these guys has been around the block enough times to know how to write a great album, when I realised that neither of the members were ever any big songwriters at all – great players, yes, but I have only seen their names on credit lists as co-writers beside more accomplished and experienced song writers. And there’s the problem right there, just because the boys are seasoned players doesn’t necessarily mean that they have the skills of being brilliant song writers.Now, it actually turns out that none of the members wrote any of the songs on this album, that was done by Woitek and Piotr Cugowski, two Polish musicians and song writers. So, this album really has to speak for itself, then.

“The Rider” is a good enough opener with the influences in the 70’s, but it doesn’t grab me and leaves  me a bit cold. I miss the attack and the production feels very safe. “Young Blood” is a half ballad that makes me think of 80’s Whitesnake. The song definitely works and I’m getting a good vibe from it, but a song like “One More For Rock ‘n’ Roll” feels like big cliché, both musically and lyrically. But with “Guardian Of Your Heart”, WAMI has a monster ballad that stirs things up a bit and I’m thinking “HIT” on this one. White also duets with Piotr Cugowski on it. “Transition” sounds like a Dio track, a very good one and finishing acoustic ballad “I Don’t Wanna Lose You” is a killer, but when I look through the track list after my first listen, I can hardly remember one single track. Ok, let’s try it again then, but this time with head phones on. Well, I’m sad to report that that didn’t really work either. And the worst part is that even the songs that I actually do like, they are quite forgettable too. The thing is, no songs on this album are actually bad, it’s just that, the only word to describe this album is dull. I mean, I have heard this kind of rock a million times before and if the songs were all killers, I wouldn’t mind one bit, but this is just standard 70’s / 80’s hard rock with nothing at all that stands out. I can’t end this review without mentioning young Iggy, of course and the kid is a huge talent, no doubt. It’s easy to spot that his heroes are players from the 70’s and that’s why the band around him really fits perfectly. All musicians here are bloody brilliant, however, the song writing and production really aren’t. Still, I’d give them another chance if album num,ber two ever appears.