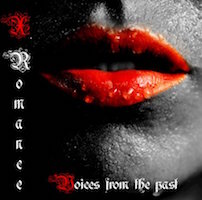 Once upon a time (1988), a bunch of young Swedish dudes led by bassist Anders “LA” Rönnblom and keyboardist Thomas Widmark decided that forming a melodic Hard Rock band was a good idea. Back then melodic Hard Rock with lots of keyboards and a good dose of Pop ruled the airwaves and bands such as Bon Jovi, Def Leppard, Whitesnake and Van Halen were big business and in Sweden bands such as Europe (by now a world-famous act), Treat, Dalton and Alien were all over both TV and music magazines – and AOR/Melodic Rock bands were popping up everywhere in an almost insane pace. So why not strike while the iron is hot? Back in ’88, smooth melodies, lots of keyboards and cute hard rock guys writing love songs with a romantic shimmer over the lyrics was more or less the norm, so why not go all in? Said and done, Rönnblom and Widmark did just that and called their band Romance.